Theodore William Baker was the ruthless manager of the bakery division of the Fazbear Entertainment brand and a con-artist who gave his employees and everyone else misinformation that usually led to their death, He also had many buttons in his office, which all were connected to the guard office. They all had a unique function to terrorize the guard's office, although he never used them, Paul Lamar, after killing him, used them instantly.

In the pop-ups in the final night of WIFB, Theodore is shown to be a bald man wearing a suit and is smiling. He also appears to have soulless-black eyes, but this is possibly due to the black and white nature of the picture.

In WIFB2, he is seen in the final minigame as a grey figure with an evil grin and black eyes.

Theodore is first shown to be an easily angered and irritable boss, who rants about his concerns to the security guard and yells alot. Although he is shown to rant about things that are protecting the security guard, despite being aware of the animatronics but simply not showing it. He later starts to trick the security guard into killing themselves as the nights go on. He eventually tries to kill the protagonist by unleashing the dangerous animatronics, and ends up failing. He is shown to be desperate, as in the second game he tries his hardest to get the protagonist to listen to his commands, and when failing tries to kill them, but is instead is killed by Paul before he can kill the protagonist himself.

He is the phone-guy and seemingly the deuteragonist of the game at first, giving Jarique Kregson helpful tips to survive the first night, but this slowly changes as he starts to give him misguiding tips such as doing the exact opposite of what he's supposed to, attempting to lead him to his death. His "tips" start to get more and more false and misguiding as each night goes on.

At the final night, he suddenly stops talking in the middle. After this point, the night will progressively get harder, and black-and-white images of Theodore will randomly flash on the screen. Jarique will randomly start hearing whispers, and the animatronics will get faster and rapidly go to the office. Theodore is never heard from at this point, and only appears in the pop-ups.

Theodore returns, once again as the main antagonist of the game, although he is never a presumed deuteragonist this time. He will attempt to fool the player once more, but to no avail. After a while, Baker will get mad, knowing that Kregson won't do as he says again due to experiencing it before. Baker gets impatient quickly, and attempts to kill the night-guard with the buttons in his office, but unfortunately, Paul comes up from behind Theodore and slits his throat, killing him. Theodore is dead and never seen after this, and Paul becomes the game's only main antagonist.

While never being seen as he is dead by the time the game takes place, Baker's office can be accessed and serves as one of the key locations of the game. His portrait can also be seen inside.

Theodore's pop-ups during the final night of the first game. 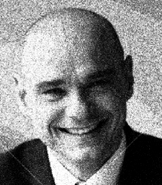 Theodore's portrait in WIFB 3.
Add a photo to this gallery
Retrieved from "https://fnaf-rp.fandom.com/wiki/Theodore_Baker?oldid=462051"
Community content is available under CC-BY-SA unless otherwise noted.